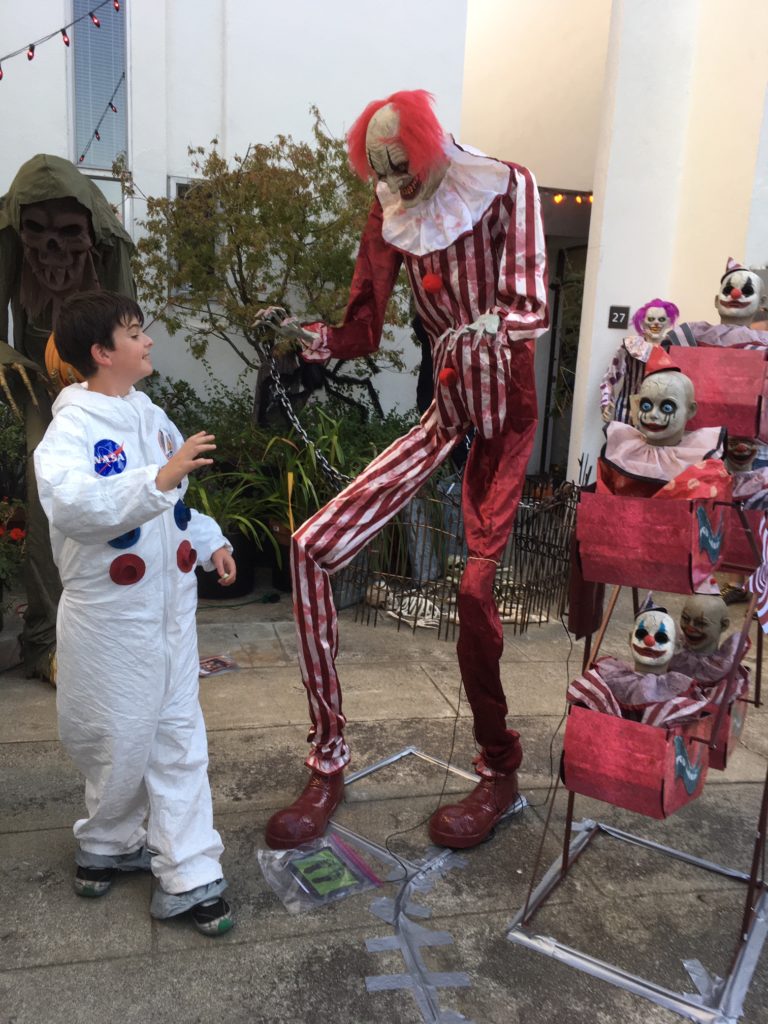 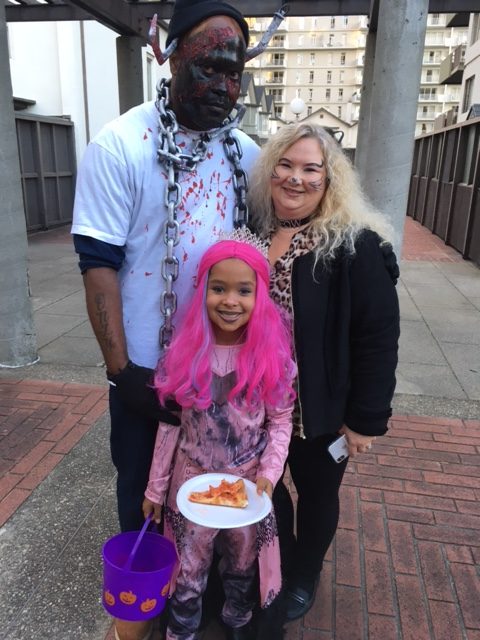 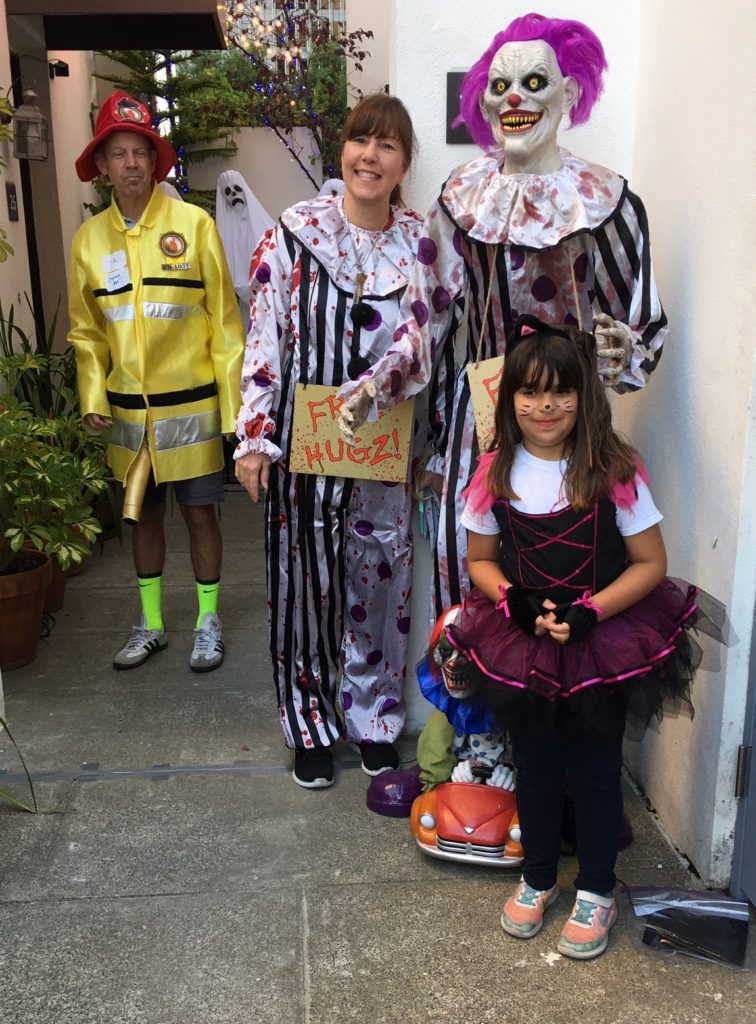 Recognize these little ones?  They’re your neighbors, believe it or not!  Out for a Trick  or Treatin’ parade and good time on Gateway’s Whaleship Plaza!  However, some of the parents actually stole the show!!  Just wait ’til next year!

PLEASE JOIN IN FOR FOOD AND DRINKS TO CELEBRATE THE HOLIDAY SEASON !

Join us for OktoberFest!

Outline stripes are in place for bike lanes on both sides of Davis between Broadway and Jackson.

The Port Commission will review the long-term TZ lease at a public meeting on Tuesday, July 9 at 3:15 pm at the Ferry Building second floor conference room. This project at Broadway and the Embarcadero includes a 192-room hotel and 285-seat theater and a small park at the north end. The next step will be Board of Supervisors approval. Construction is expected to begin in 2020.

The final report is in on the Oct 22, 2018 fire at Vista South, and it confirms candles (and a wind gust) as the responsible elements.  “This fire was initiated by the window coverings coming into contact with the open flame of a candle.” View the full (very large) report.

Thanks to all who attended the annual meeting:

A busy year for the Golden Gateway and our neighborhood…

The Great Fire
On October 22, 2018 a candle set fire to an apartment curtain in Vista South. Fire and water damage emptied 30 units.  The San Francisco Fire Department responded superbly, several residents were rescued, and no injuries were reported.  GGTA representatives attended management’s meeting with displaced tenants to discuss repairs, which are taking several months.  GGTA expressed appreciation to the SFFD by a letter to Chief Hayes-White, by delivering a large box of See’s Chocolates and three dozen donuts to Fire Station 13, and by sending representatives to speak at a November meeting of the Fire Commission, where one of our board members sang a personally-composed song of gratitude, accompanying himself on the guitar.  GGTA has arranged for an SFFD fire safety presentation at its membership meeting on February 9.
Teatro ZinZanni
Formerly located at Pier 29, Teatro ZinZanni proposes building a 4-story 192-unit hotel and 285-seat dinner theater on Port property at Broadway and the Embarcadero, with a restaurant at the corner.  The project is moving through the City’s lengthy approval process.  If approved, construction may begin as early as 2019, with completion in 2021.  No pile driving will be allowed.  GGTA welcomes this lively addition to our neighborhood.
88 Broadway
This is an affordable housing rental project which will include some units for moderate-income tenants, located on Port and other public property on Broadway between Front and Davis.  There will be one building for families, and a separate building for seniors, with heights varying from 4 to 6 stories.  At least one cafe or restaurant is planned.  Financing is currently being negotiated, and construction may be about the same time as Teatro ZinZanni’s.
447 Battery
The owners propose a 19-story 182-room hotel where Cort Furniture is now.  The Planning Department has ruled out condominium units, and requires the owners to keep the existing 3-story red brick facade.  The approval process is ongoing, with no known construction date.
Bars at Night
The Penthouse Club on Broadway is slated to stay open until 4:00 am (without alcohol service after 2:00) despite opposition by neighborhood groups including GGTA.  Also, Senator Scott Wiener is reportedly renewing his local-option bill to allow bars to remain open and serve alcohol until 4:00 am.  That bill was vetoed by Governor Brown last year, but Governor Newsom may not veto it if it passes this year.  Neighborhood groups and our Board of Supervisors may be able to limit the extent of late-night bar areas, or arrange local controls if this bill passes.
ANNUAL MEMBERSHIP MEETING
and SFFD PRESENTATION
Saturday, February 9, 2019
The meeting will begin at 10:00 am followed by a presentation by the SFFD at the GatewayTheater
at 215 Jackson Street.
Speakers will include GGTA Officers and board members will be elected for 2019 followed by SFFD staff discussing fire prevention, preparation and response.
All residents of the Gateway are invited to attend the membership meeting.
To Become a Member
Annual dues are $30.  Checks payable to GGTA may be mailed to PO Box 2134, San Francisco, CA 94126, or will be accepted at the door. Please fill in and bring the “coupon” below along with your dues payment or mail it with your payment. You can also join through our website’s Join or Renew web page:
www.goldengatewaytenants.org